Our U-Tox rapid integrated test cup is distinguished by its accuracy, fast results, ease of use, and options for customized panels. While many companies take a one-size-fits all approach and offer a limited portfolio that mirrors the same testing panels as the competition, Premier Biotech has created an innovative product with options. The U-Tox configurations can test for relevant drugs of abuse. 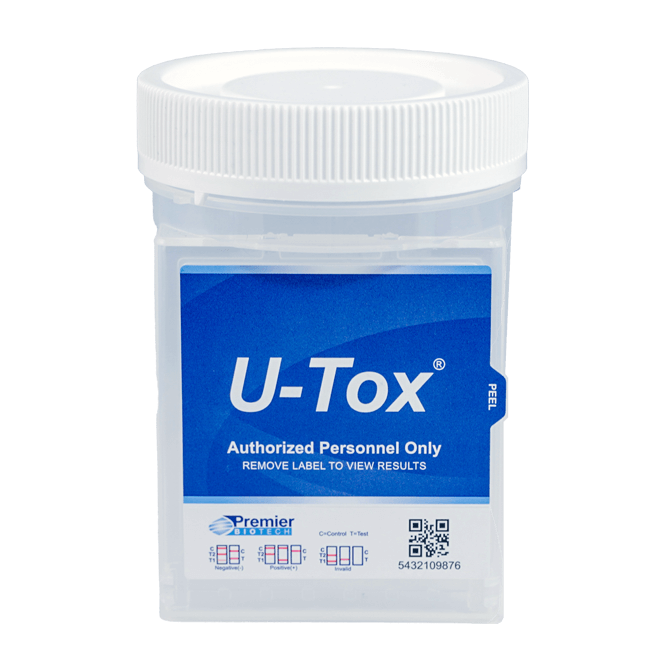 The Most Innovative Testing Panel On The Market

Our innovative portfolio has provided customers with solutions that allow for visibility into drug use that previously went undetected as a result of an ineffective and dated testing panel. As an R&D driven organization, our product lines and testing panels continue to evolve to include new technology that we bring to market.

Additionally, our U-Tox configurations can include EtG. Alcohol is the most abused drug; however, it is the most difficult to monitor abstinence because it is quickly metabolized and eliminated from the body. Detection with traditional alcohol testing methods, including breathalyzers, is limited to a few hours after use. EtG provides detection (5-7 times longer than traditional alcohol testing). Without EtG testing, a high amount of abuse would remain undetected. Rapid EtG is the best tool for abstinence monitoring and provides immediate detection as opposed to waiting a few days after sending out to the lab.

U-Tox® is a registered trademark of Premier Biotech, Inc.