Do I Test For THC?

As more states pass legalization laws for marijuana, retailers are beginning to question what this could mean for their organization. Many employers are accepting of this new era and are treating marijuana use as they would alcohol. These retailers feel that requiring a THC panel on a pre-employment drug test for a non-DOT position is unnecessary. Since whether or not to test for THC has become a hot debate in recent years, some companies are assuming why not completely stop pre-employment drug testing. If marijuana is legal, is there still a need for pre-employment testing? It is important to remember the drugs often at the root of safety and cost concerns for employers include other substances, such as cocaine, heroin, ecstasy, methamphetamine, and prescription drugs. While marijuana is not as forbade as it once was, we as a nation are still going through a severe substance abuse epidemic. Substance abuse in the workplace remains a significant problem nationwide, costing business owners billions of dollars each year.

The American Society of Addiction Medicine found that addiction to opioids costs employers approximately 10 billion dollars from absenteeism and presenteeism alone. Additionally, drug abuse in the workplace can also lead to increased injuries, losses in productivity, and other costs associated with theft and administrative burden. Retailers are at an increased risk of drug abuse due to their typically high employee turnover rate of temporary, part-time, and seasonal employees. According to a recent survey published on Detox.com, 14.07% of respondents who reported using drugs on the job worked in the retail sector.

One unforeseen challenge companies face is the lack of pre-employment drug testing can often lead to a lengthy and costly post-accident test. When there isn’t rapid testing in place, employers are responsible for assisting an employee to a collection site for a post-accident drug test. When these accidents happen after hours, traveling to an urgent care is an immense inconvenience and cost for management, which can include paying the employee multiple days of leave while waiting for results from a collection site. By choosing to have a customized, pre-employment oral rapid test along with a post-accident test that can include THC and Alcohol testing strips, allows for workers to not only get hired fast but get back to work much faster. Many prominent retailers such as Amazon are adapting this style for their post-accident test quickly as legalization laws change.

At Premier Biotech, we are proud offer OralTox, a rapid oral fluid drug screening device. We can provide various OralTox panels so your company can order the exact test you need for pre-employment and post-accident scenarios based on your industry and region. Premier Biotech also offers confirmation testing for any inconclusive test results. 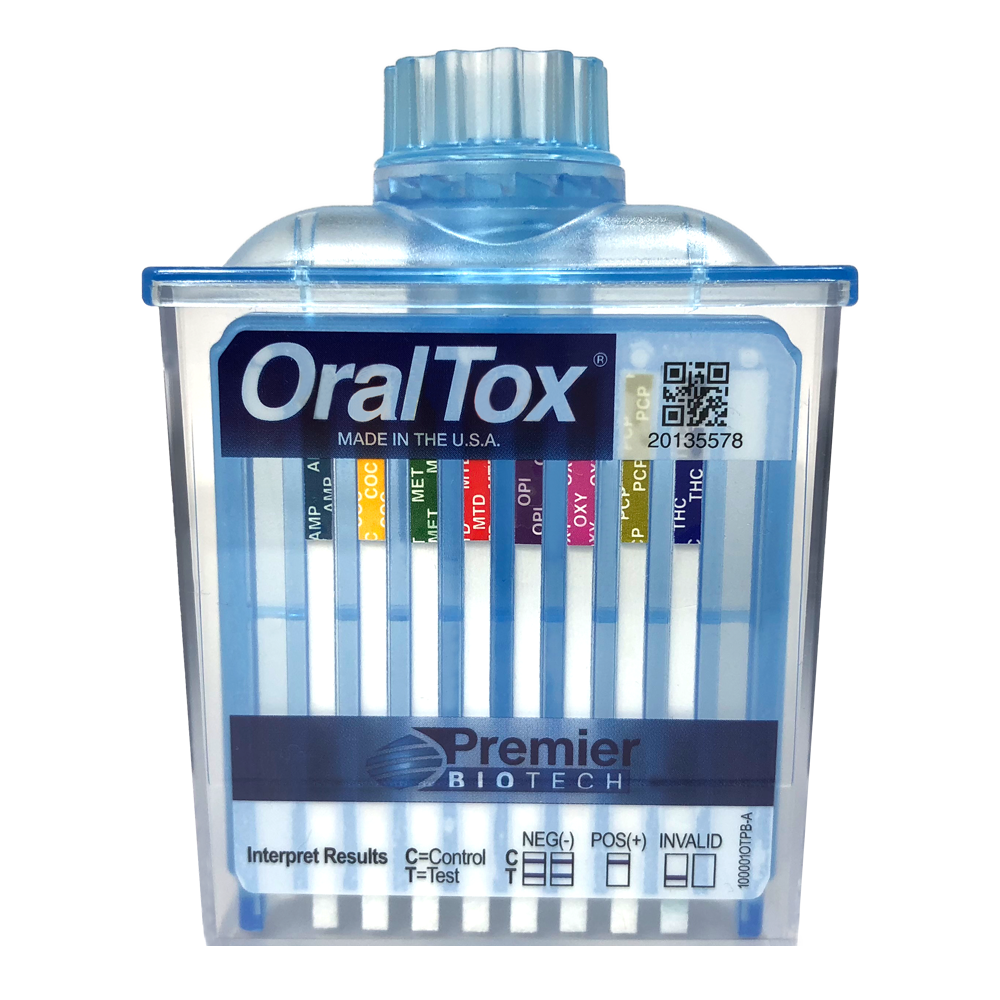