Although drugs of abuse can prompt usage trends to rise and fall, when we see data that shows the use of one illicit substance has declined — e.g., in a 2014 report RAND produced for the White House Office of National Drug Control Policy, the amount of U.S. cocaine consumption was estimated to have fallen by half between 2006 and 2010 — there’s a very good chance that use of another drug is escalating. 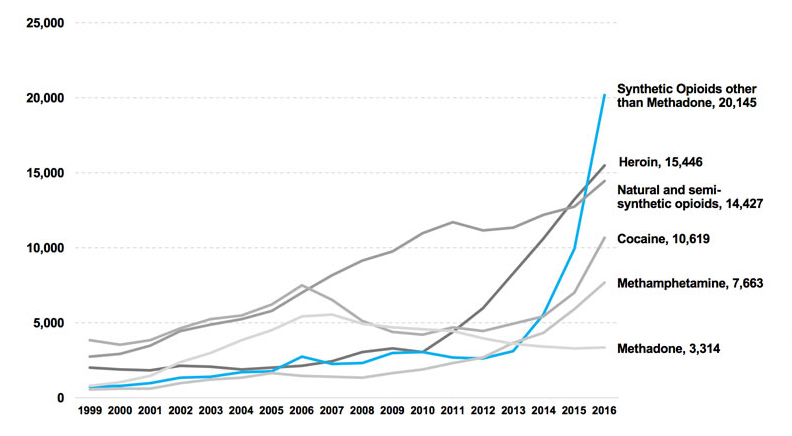 Drugs Involved in U.S. Overdose Deaths* – Among the more than 64,000 drug overdose deaths estimated in 2016, the sharpest increase occurred among deaths related to Fentanyl and Fentanyl Analogs (synthetic opioids) with over 20,000 overdose deaths. Source: CDC WONDER

Enter Fentanyl, a synthetic opioid 50-100 times more potent than morphine, and the latest, deadliest problem on the substance abuse landscape. According to the NIH, this powerful drug and its analogs are responsible for over 20,000 drug overdose deaths in 2016, the sharpest increase among all estimated drug overdose deaths (64,000) in that timeframe. It has become a go-to ingredient used to enhance or extend the potency of off-market opioids and other controlled substances.

And if that weren’t enough, these issues are being compounded at an alarming rate as scientists working in underground labs have been exercising their creativity, manipulating Fentanyl to isolate analogs and then combine them with other elements. The result: a deadly, difficult-to-trace collection of substances flooding the market and not only killing users but also sickening DEA and law enforcement members trying to battle the epidemic. Recently, three Wisconsin police officers were treated for exposure, as even a minute amount of drug-to-skin contact can be deadly.

Pharmaceutical Fentanyl was first created in 1959 by Dr. Paul Janssen (Janssen Pharmaceutica) and was used an effective intravenous analgesic for treating acute, chronic, and unresponsive pain. In the ‘90s, a transdermal patch was developed and routinely prescribed for patients with long-term pain, and shortly thereafter, the lollipop and sublingual (“under-the-tongue”) lozenges were developed as delivery devices to provide quick relief of breakthrough pain. All have led to abuse, but today it’s often the analogs that are being used to create new, hard-to-detect substances that have confounded public health authorities and law enforcement, and made use and addiction even riskier. Here’s the lethal lineup: 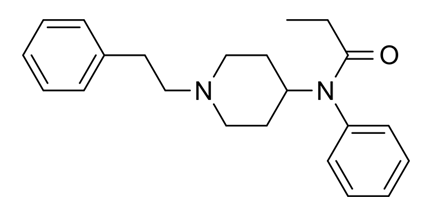 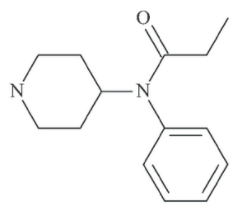 A Fentanyl metabolite and a potent synthetic narcotic analgesic with a rapid onset and short duration of action. Historically it has been used to treat breakthrough pain and is commonly used as a pre-op pain reliever. 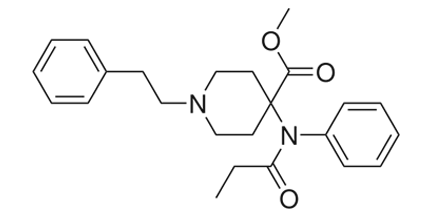 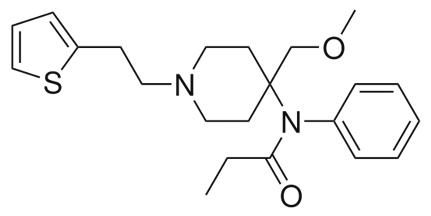 A synthetic opioid 5-10 times more potent than Fentanyl. Sufentanyl is most commonly used to treat pain (primarily along with anesthesia) during surgery or childbirth. 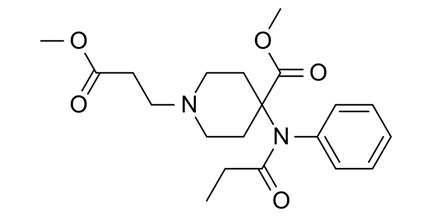 A synthetic opioid used to induce or supplement general anesthesia, it is approximately twice as potent as Fentanyl, and 100-200 times as potent as morphine. 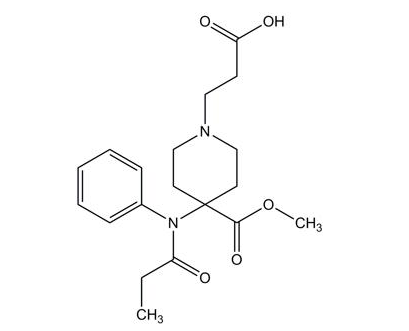 The major urinary metabolite of Remifentanil, a synthetic opioid generally used for medical purposes to induce or supplement general anesthesia. 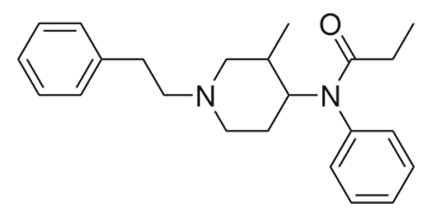 A designer drug with an estimated potency 400 to 6000 times greater than morphine, 3-Methylfentanyl is one of the most potent drugs in existence and widely sold on the black market. 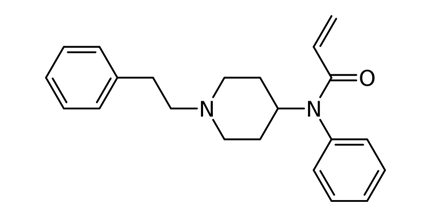 A designer drug with a potency 40 times greater than heroin and 80 times greater than morphine, This analog is a current additive of choice for scientists in illegal labs adding it to other drugs, making them less deadly than Carfentanil but still addictive. 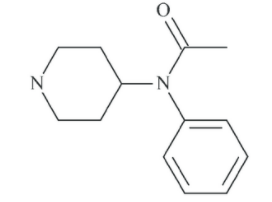 A major metabolite of Acetyl Fentanyl, with similar potency. Like Acetyl Fentanyl, Acetyl Norfentanyl has never been licensed for medical use. This drug instead was developed and sold specifically as a designer drug. 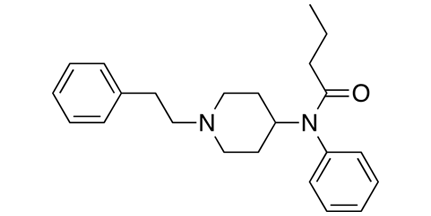 A designer drug that has been associated with numerous overdose deaths around the world. In 2016, the U.S. Drug Enforcement Administration (DEA) classified Butyryl Fentanyl as a Schedule I controlled substance. 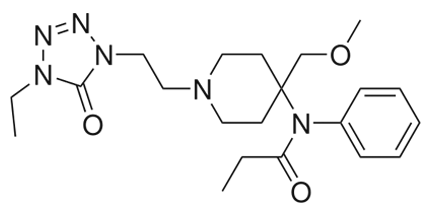 A potent but short-acting synthetic opioid analgesic drug used for anaesthesia in surgery. Alfentanil is 1/4 to 1/10 the potency of fentanyl and around 1/3 of the duration of action, but with an onset of effects four times faster than Fentanyl. 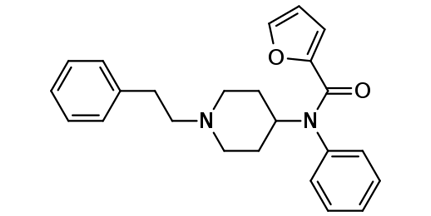 A designer drug so potent it can cause a fatal overdose just through skin absorption.

Our educational series covering the many faces and dangers of Fentanyl and Fentanyl analogs continues with our next article ‘Counterfeit Killer-The Many Faces of Fentanyl’.